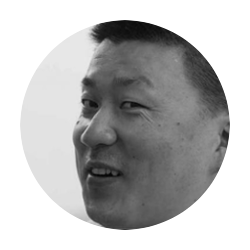 Master Chen Yingjun was born in Chenjiagou in 1976, and started to learn taijiquan(tai chi chuan) from his father since the age of 8. The training was comprised mainly of zhanzhuang (zhan zhuang), chansijin and laojia up to the age of 14, taking aorund 2 hours a day. At that age the young Yingjun decided he wanted to practice hard and achieve a high level in  taijiquan(tai chi chuan), thus starting to train seriously up to 30 forms a day, trying to mirror his grand-grandfather Chen Fake. After a while he found out that this would be too much at that stage, as he could barely walk after practice, and stepped down to 15 forms.

Chen Yingjun's father, Grandmaster Chen Xiaowang, moved to Australia when Chen Yingjun was still 14 years old, which caused him to continue his practice under the guidance of his uncle Chen Xiaoxing. That went on for 4 years, when Chen Yingjun decided to move to Australia to further polish his skills under his father.
Chen Yingjun teaches in Sydney where he lives with his wife and baby, and continues to diligently study to deepen into the knowledge of his family art.